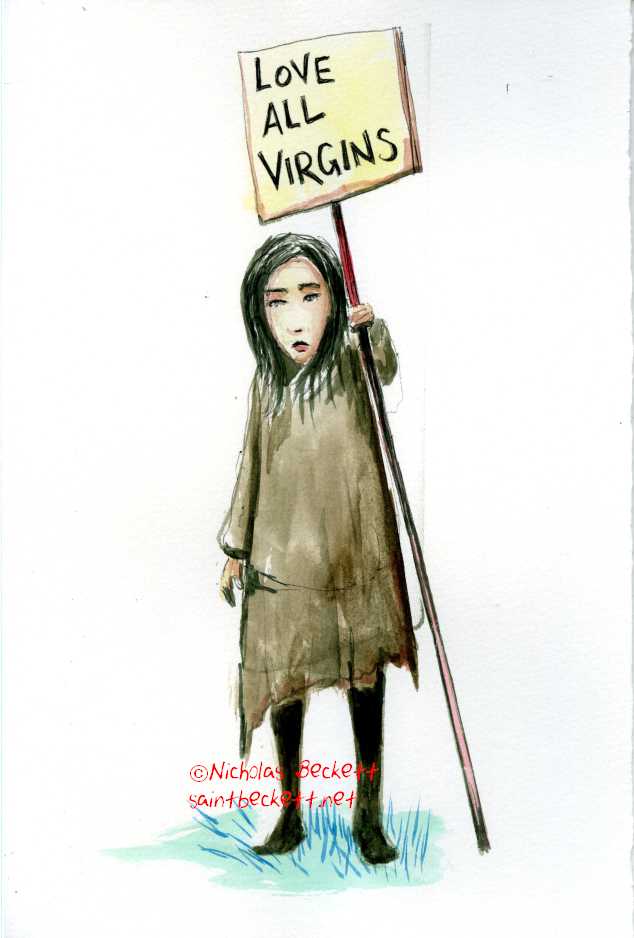 So when I was living in a squat in London years ago, on the second night I was there this German housemate took six acid trips. It affected her just a touch. First she tried to kill her boyfriend, saying “Scorpions must die!” as his star sign was scorpio. I think it was the next day and she was still quite affected, she went and wrote this on the wall.

She spent the next few days giggling to herself.

I don’t think she knew I was one at the time. But I still got no loving.

View all posts by saintbeckett